The historic walls were built in 1509 following a design by the architect Albertino di Giacomo da Cremona, who restored and enhanced the previous ones. They enclose the highest part of the hill, dominated by the Parish Church of S.S. Annunziata. They measure 625.50 m and have a trapezoidal plan, elongated in the east-west direction. 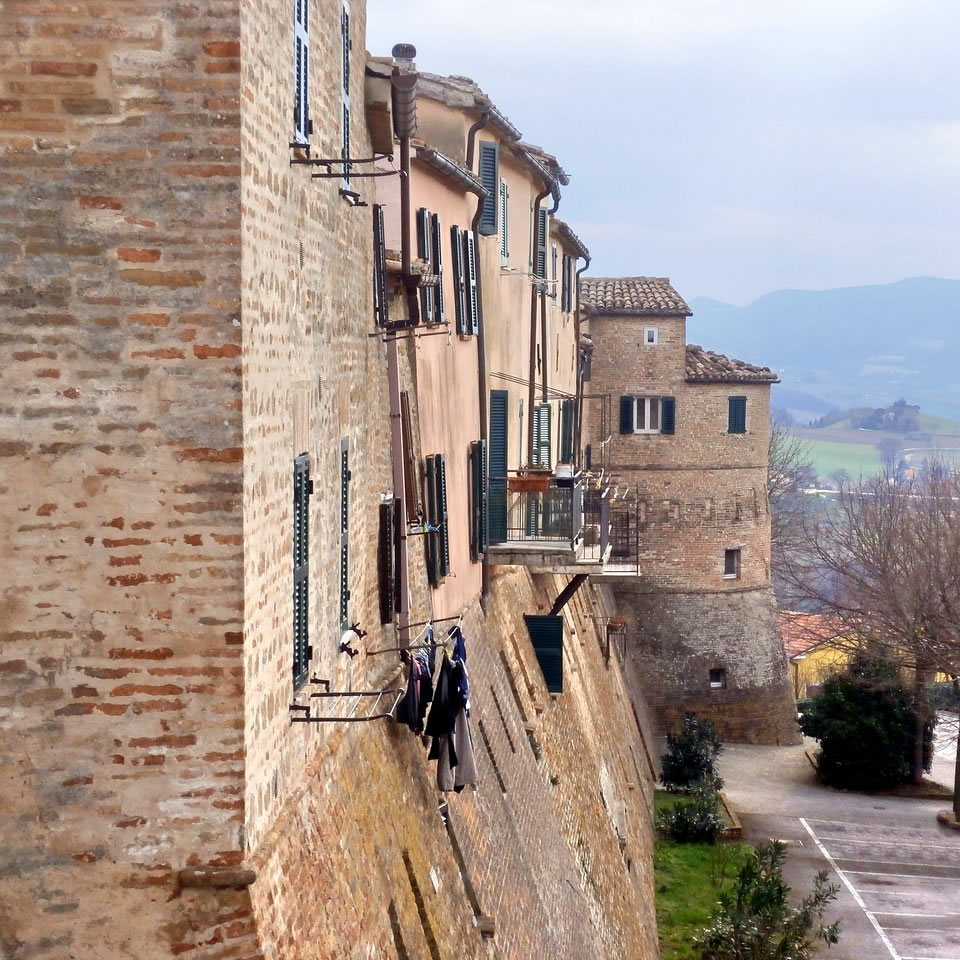 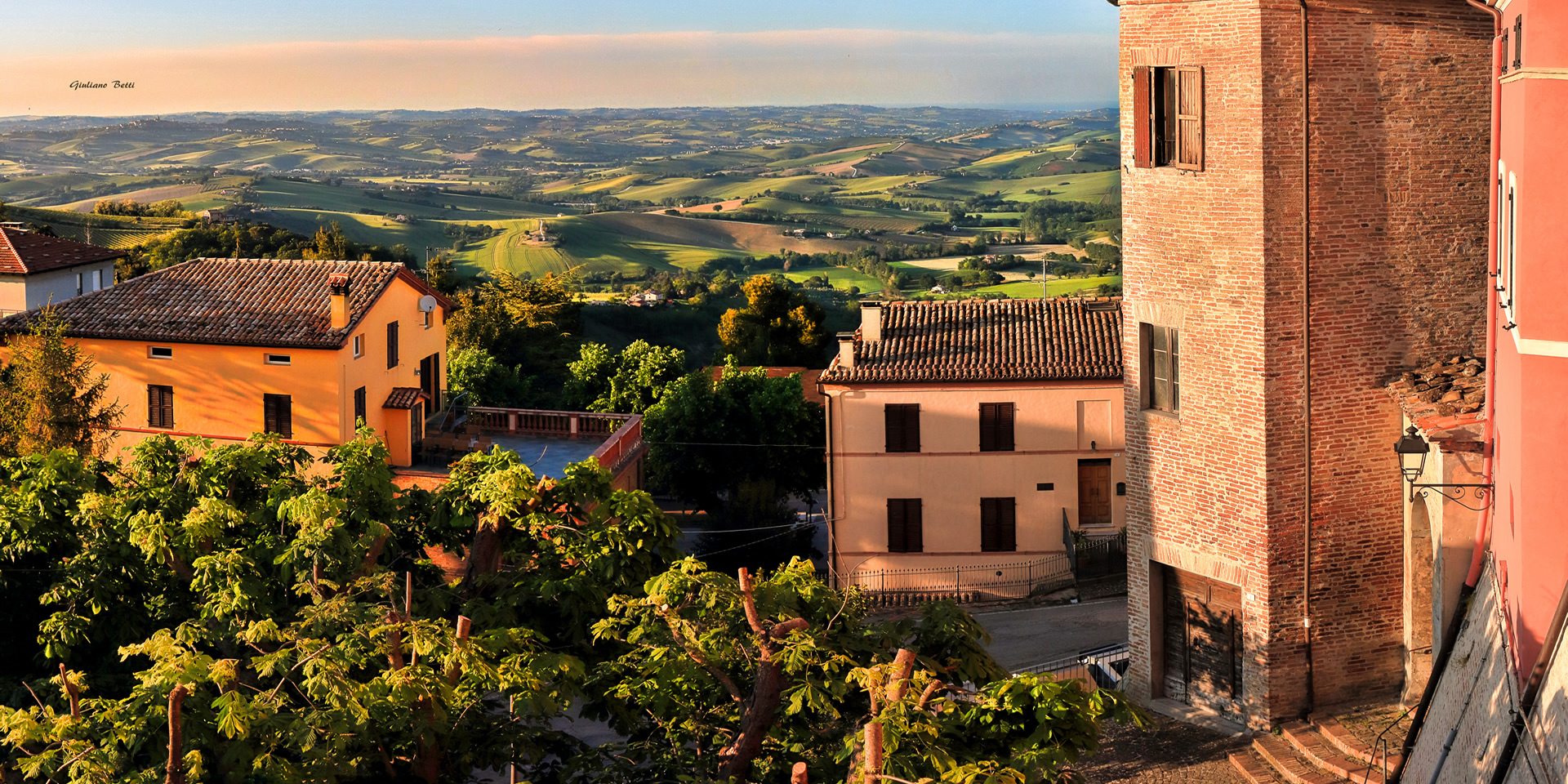 The walls have undergone numerous interventions over the years, the most remarkable in 1903, when the section that connected the Clock Tower to the south facing side was demolished, in order to widen the main entrance to facilitate the passage of floats on market days. From this stretch, which divided the internal square (now Piazza del Teatro) from the external one (now Piazza della Vittoria), the village was accessable through the only entrance door of the civic tower, in which the clock, the bells and the ancient priory building were originally allocated. This is demonstrated by the 1865 painting preserved in the town hall by the painter Antonio Bonci from Cupramontana.

The two gates that currently exist are the result of subsequent interventions: La Porta del Mezzogiorno (Noon door), on the south side, at the end of Via Marconi, and Porta Nuova (New door) on the west side of the walls. The part of the escarpment is still clearly evident from the walls, while the defensive curtain walls have been covered by houses. Five towers are distributed along the walls. 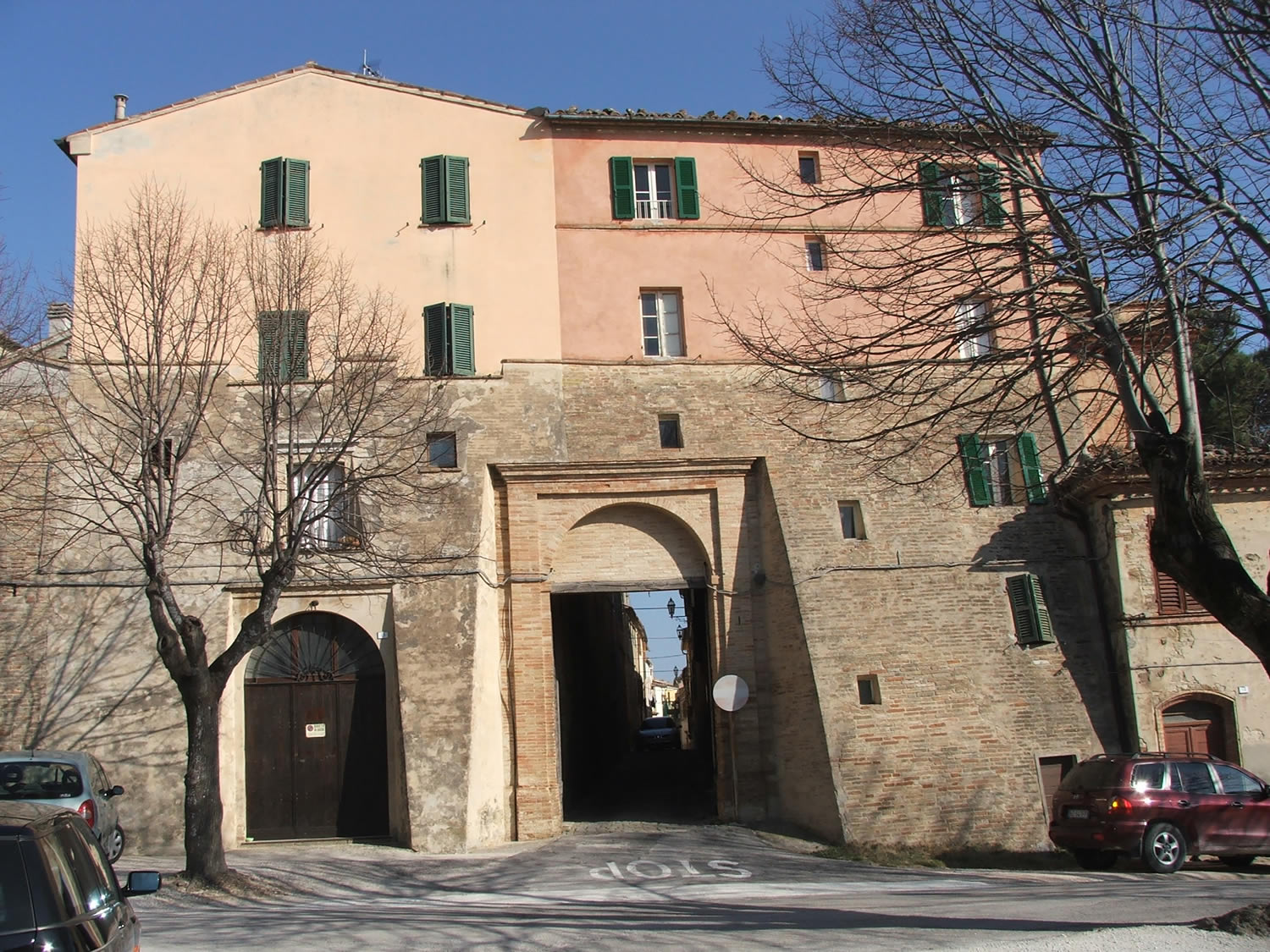 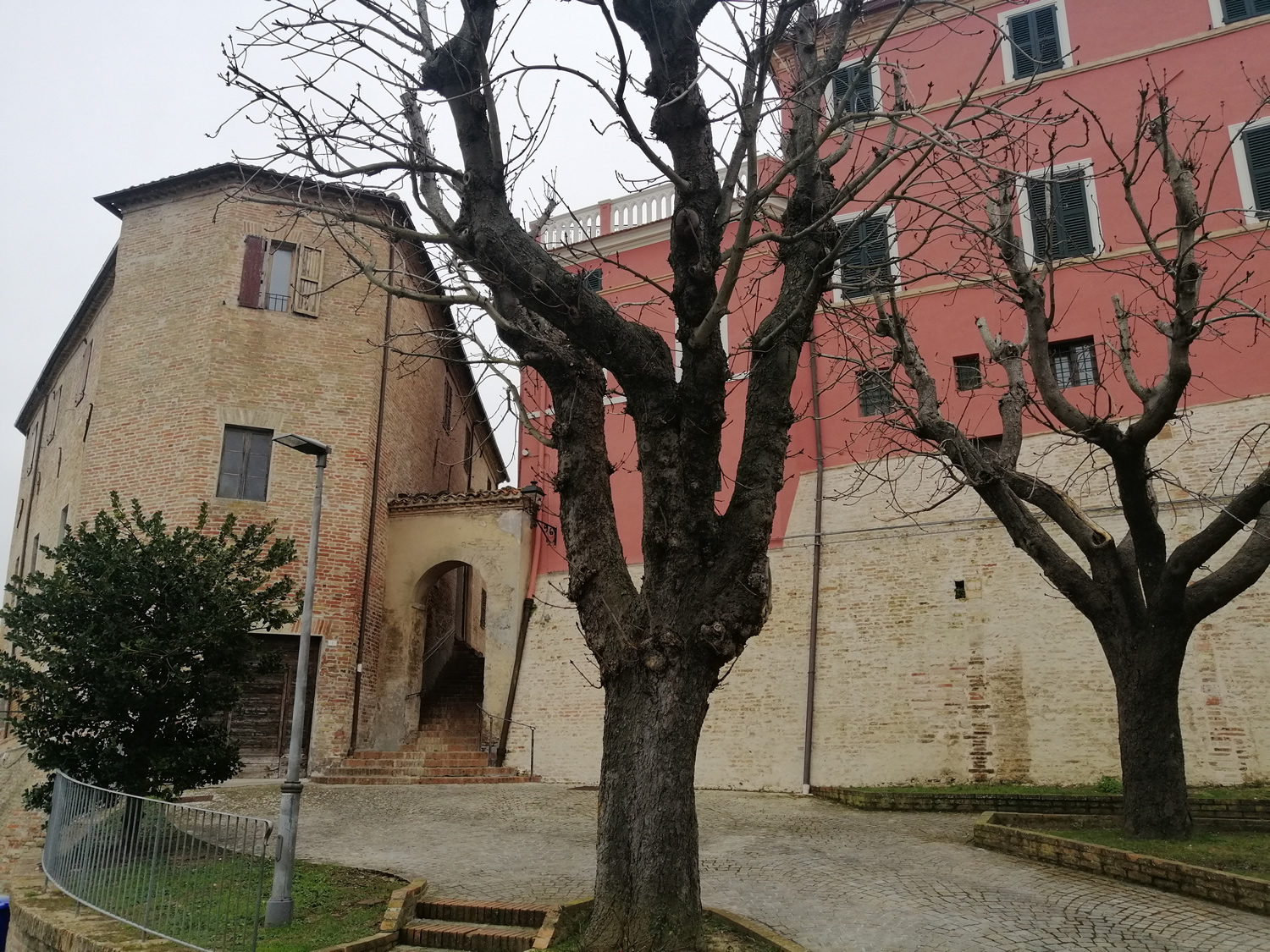