CHURCH OF THE CRUCIFIX 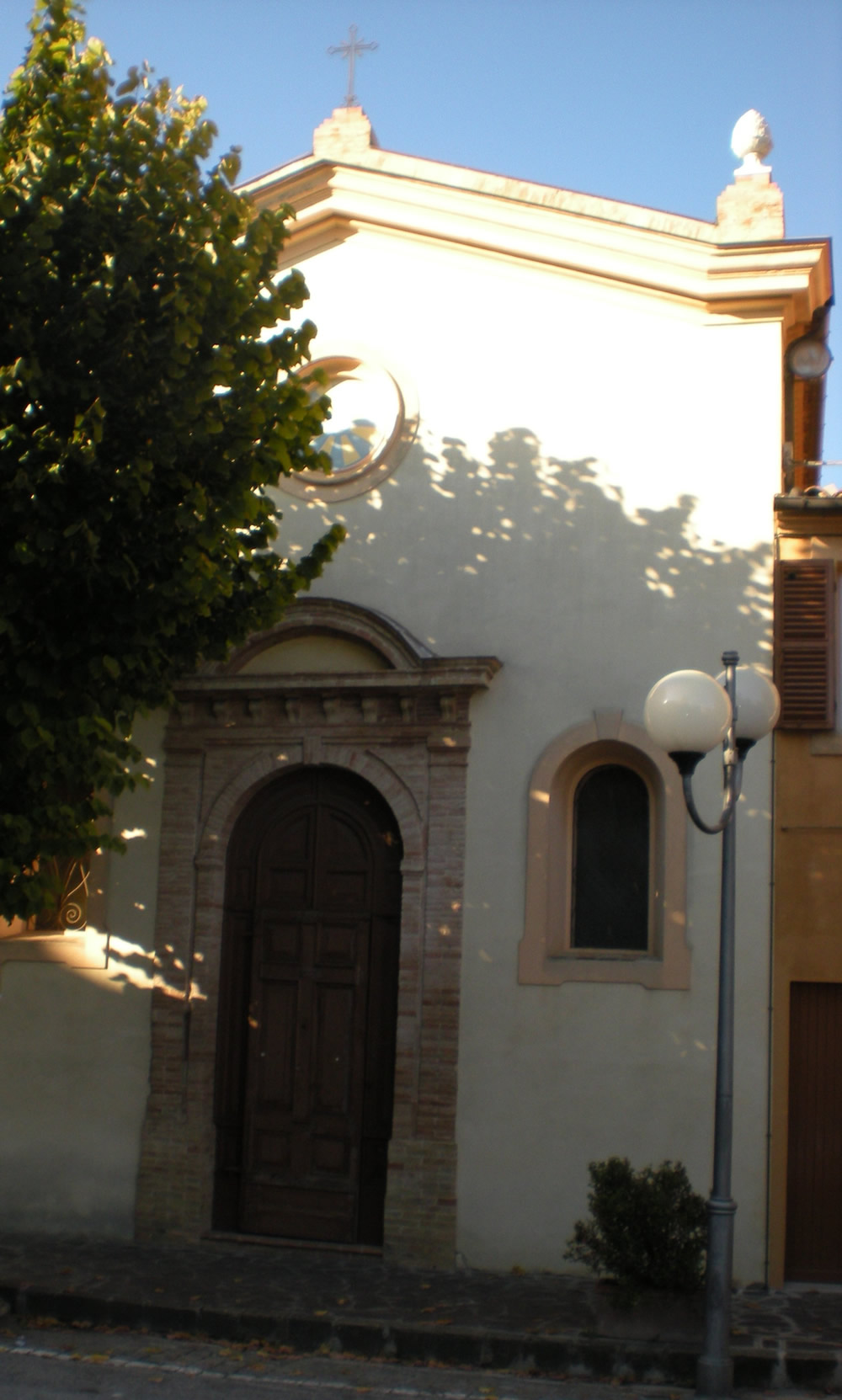 In a document dated 1718, which is part of a memorial to the controversy between the Sisters of the Convent of the Madonna delle Grazie and the Municipality, in which the Piazza della Vittoria is shown in three-dimensional forms, there is talk of the Church of the Crucifix.

In a document from the early 19th century it takes the name of the Church of Death, as during funerals the bodies were placed there before being buried in the cemetery. The same document also mentions the presence of a Crucifix, presumably the Crucifix still present behind the main altar, a valuable wooden work of art by Bornoni (17th century).

The Church of the Crucifix has a single nave; the side walls each have three niches  that house six statues, each of which recall the churches that were present in the Montecarotto area as of the thirteenth century and that over the years have disappeared or been abandoned.

There is also a statue of the Madonna of Loreto, coming from the ancient Church of Santa Maria di Loreto, already present at the beginning of the 16th century.