The church, of Franciscan origin, was built on a hill outside the walls in 1612. It is annexed to the former convent of the Minor Friars, who lived there until 1867, when they were definitively removed by the Italian government. The church has an imposing facade, rebuilt in the nineteenth century in a neoclassical style, in which the War Memorial of the First World War is located. 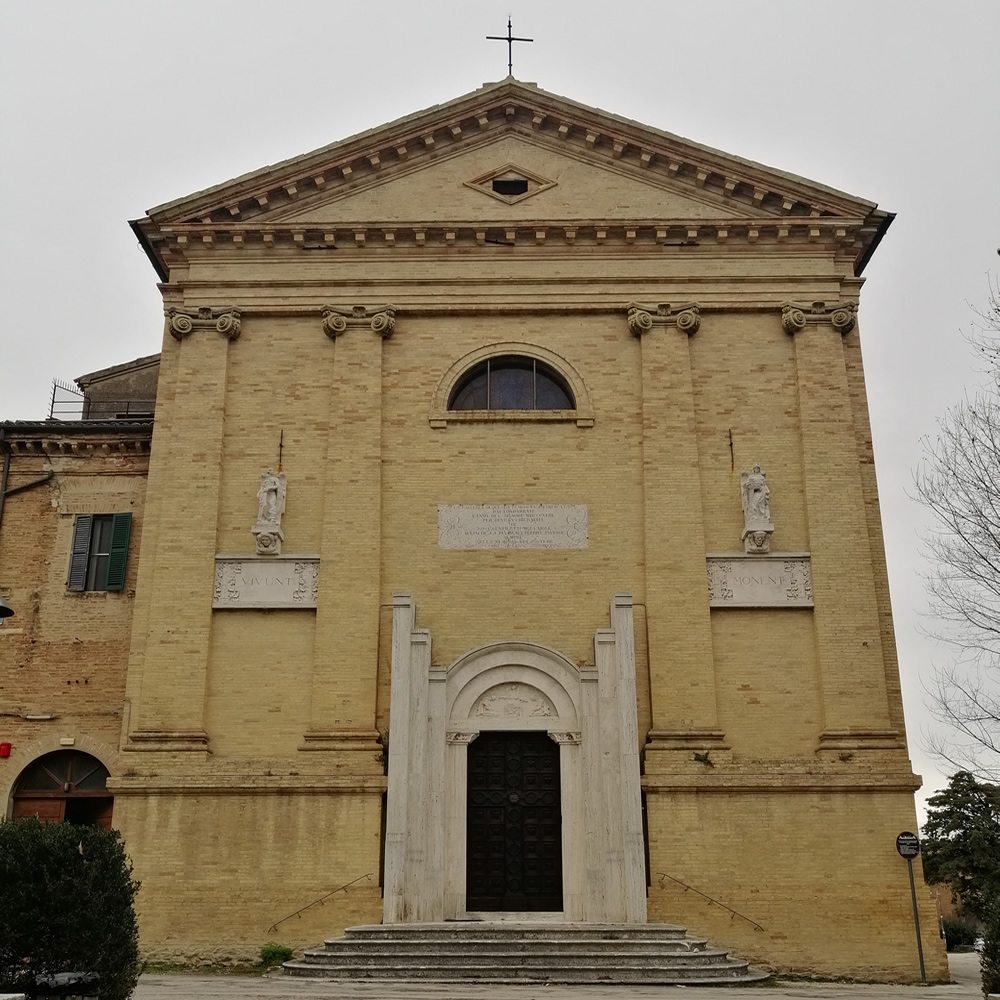 The interior of the church consists of a single large nave,it has seven altars and a sacristy. The internal decoration of the church is embellished by altar frontals from 1708, by walnut wood confessionals from the early nineteenth century, carved and decorated with twisted columns, by an organ by Pietro Nachini dating back to 1740 and restored in 1997 and by a painting of the “Nativity” of the seventeenth century, by Antonio Massi of Jesi. 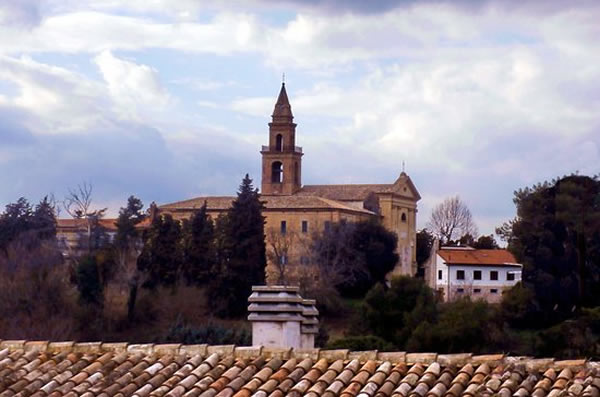