MONUMENT TO THE FALLEN OF ALL WARS 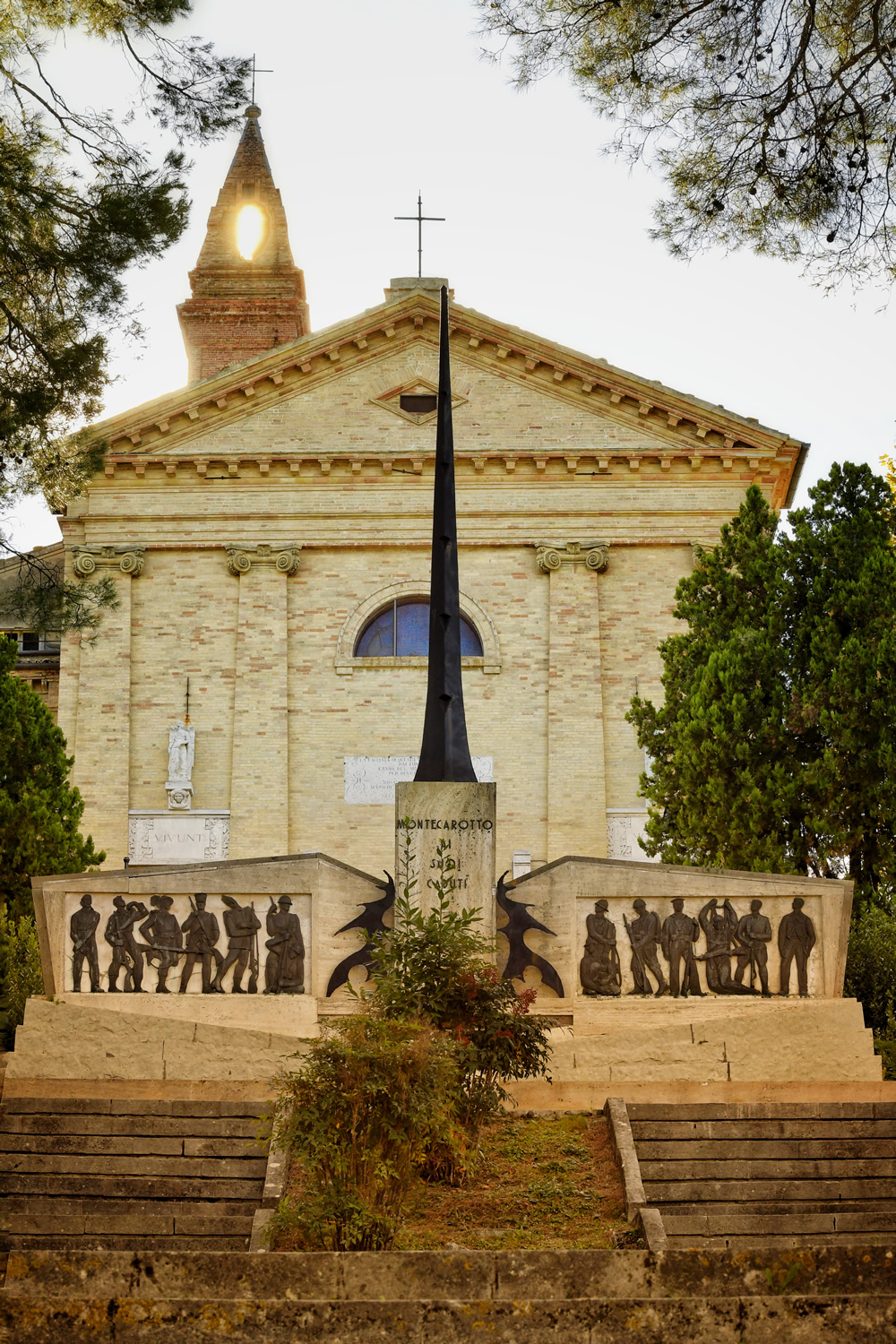 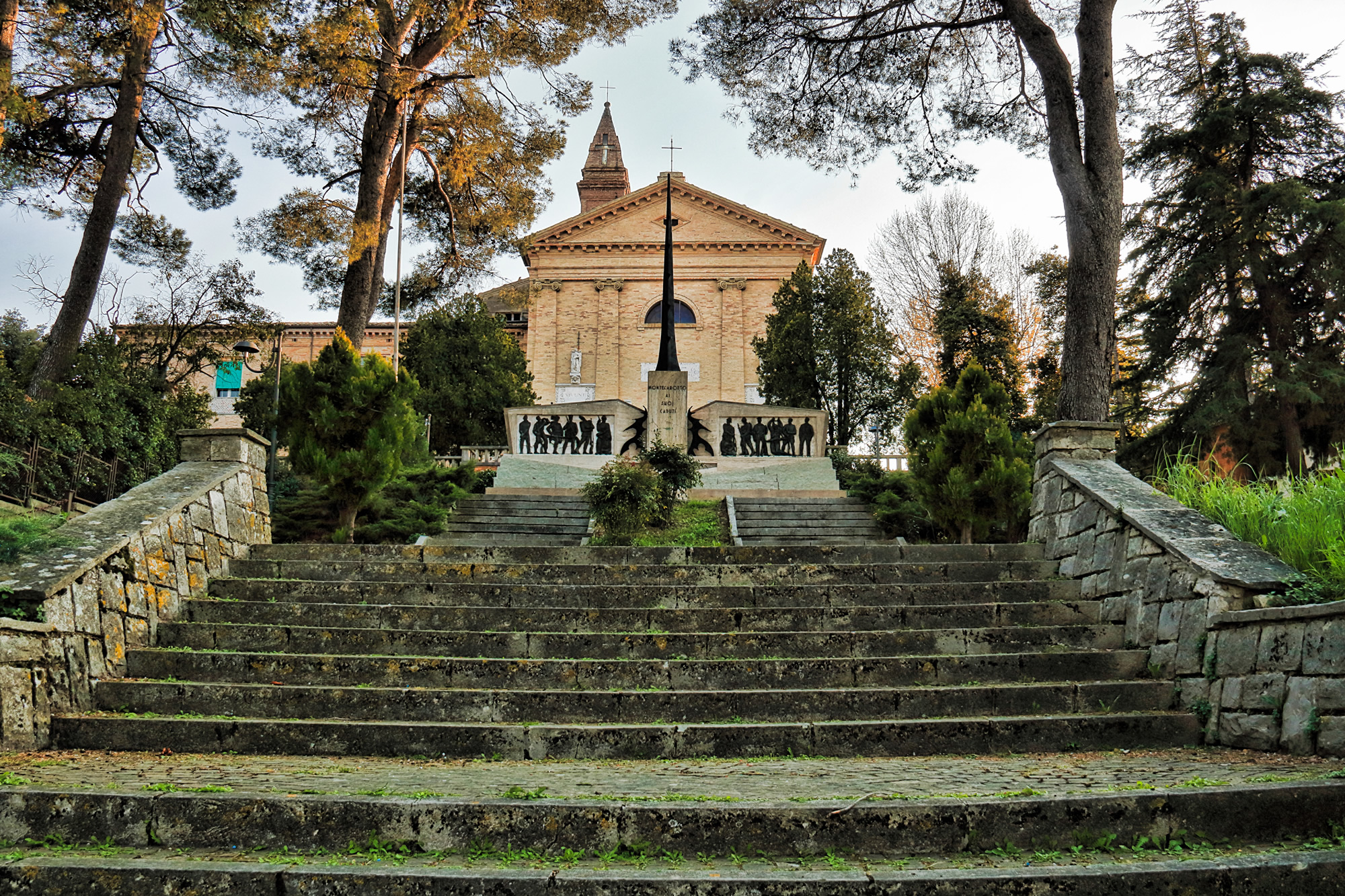 Access to the monument is by means of a staircase that physically and ideally connects the two monuments, located on different levels of the hill and united by a ascent that aims to evoke feelings of asceticism to the values ​​of the homeland and the highest sacrifice of a soldier. The monument to the fallen of all wars covers the battles of the Risorgimento and both world wars, passing then to the colonial wars.

On the sides of the altar, there are two other volumes, on which bronze panels with stylized reliefs of fighters portray and homage the memory of the Italian soldiers who died in battle. The work was created based on a design by Professor Schiavoni of Arcevia, who took up the original idea of ​​Vito Pardo, that is, of building a large staircase that embraced the hill of the church of San Francesco.

Along the staircase, a stone commemorates the place where the young Tarcisio Tassi, partisan soldier, died in 1944 during the clashes of the Battle of Montecarotto, one of the fundamental stages of the Liberation of the province of Ancona (25-30th July 1944), in which the local partisans fought, together with the patriots of the Maiella Brigade, and a detachment of the Polish Second Army Corps. The monument can be reached from Via XX Settembre via a wide paved staircase that leads to an altar, on the top of which stands a bronze stele, resting on a travertine parallelepiped.