MONUMENT TO THE FALLEN OF THE FIRST WORLD WAR

The War Memorial of the First World War, created by the Venetian sculptor Vito Pardo in the early 1930s, has the particularity and originality of being made up of distinct elements and materials, perfectly integrated with the imposing facade of the church of San Francesco. 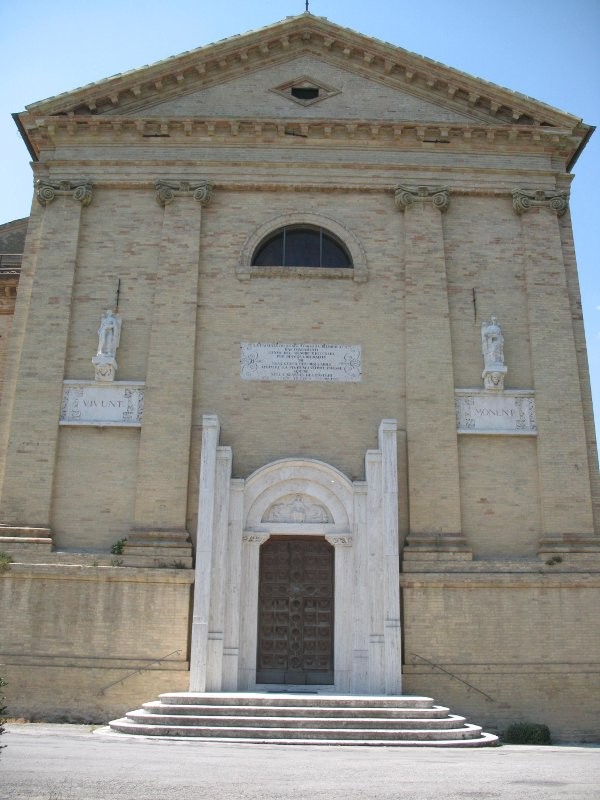 The marble part is made up of winged statues supported by shelves and tombstones, placed halfway up the façade: on the left an angel, representing the Winged Victory, holds a shield with the municipal coat of arms and is placed above the tombstone with the inscription “vivunt” (They live, in Latin), in reference to the memory of the fallen; on the right a woman, symbolizing turreted Italy, holds a cross above the tombstone with the words “monent” (Warned, in Latin), as a warning to the tragedy of war.

An integral part of the monument is the monumental door, of which the original design is preserved at the Museum of “Mail Art”: it consists of thirty-two panels representing the coats of arms of the Italian Royal Army, the Royal Navy and the Royal Air Force, carved in bas-relief on oak wood, divided into four parts by a Latin cross made up of fourteen roundels. The central panel of the cross is made up of a brass round, bearing the inscription “Montecarotto to his sons who fell in the war” surrounded by a crown of intertwined ribbons.

The lunette above the lintel of the portal depicts a saint in monastic habit, perhaps St. Francis, with his arms outstretched towards two soldiers kneeling on either side of him, the one on the left holds a flag, the one on the right a rifle.

The monument leads up to the bell tower, with a pyramidal spire showing four glass crosses, one for each cardinal point.