Vine cultivation has very distant origins; in central Italy, as early as the 9th century BC, vines and olive trees were cultivated with rudimentary means, which together with wheat have been the pillars of agriculture in the Marche for centuries. In Montecarotto, viticulture has always had a lot of importance, because the pedoclimatic environment has favoured the production of quality wines, even when winemaking was still empirical and based on archaic methods.

In the light of the recent findings of grape seeds in the tomb of a Piceno warrior of the seventh century BC, Verdicchio appears to be a native vine, which has found its ideal soil in the Castelli di Jesi area (in which Montecarotto is inserted) and in that of Matelica.

The white wine that is obtained is currently judged as the leader of dry white wines in Italy and in the world. 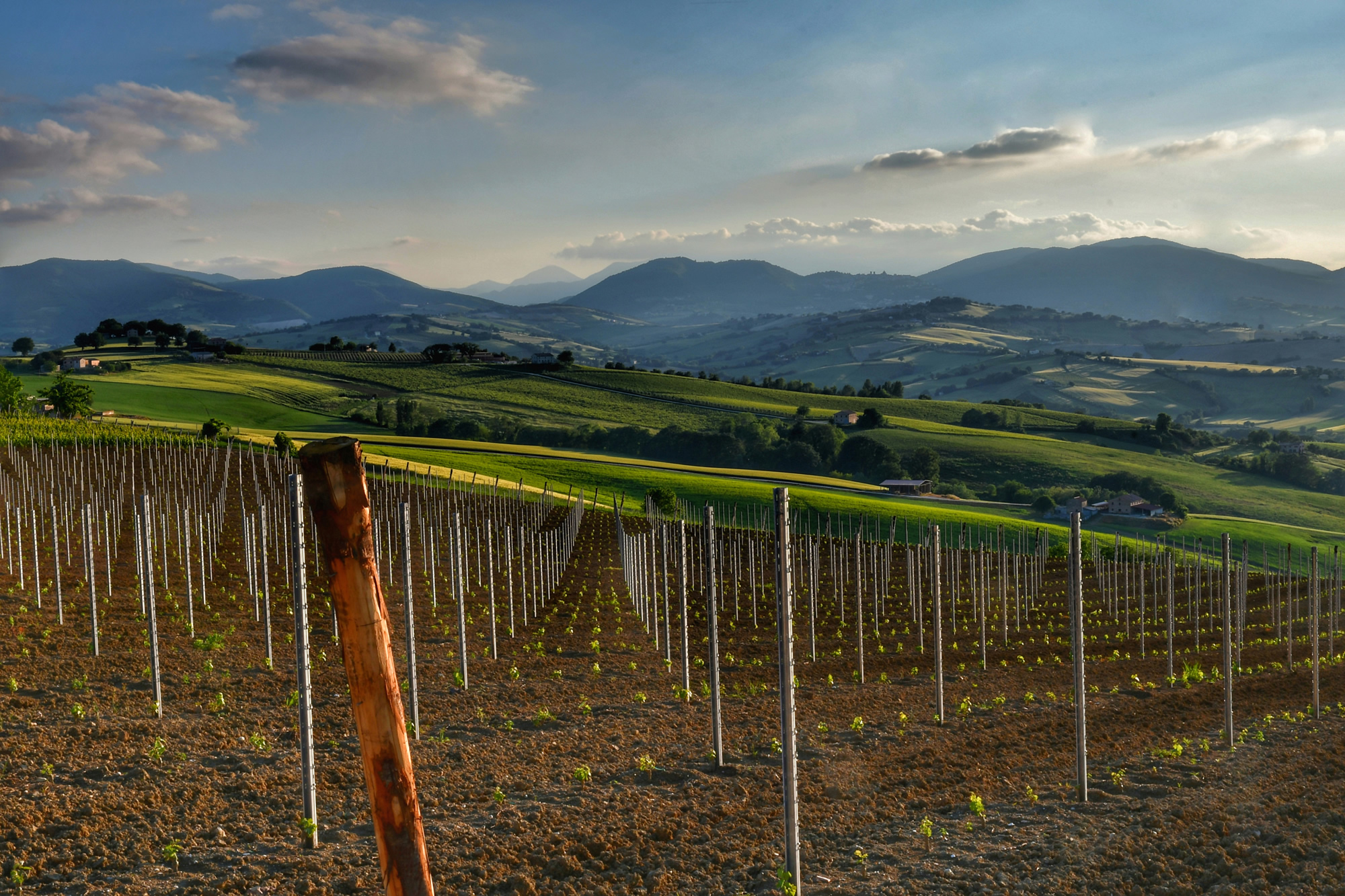 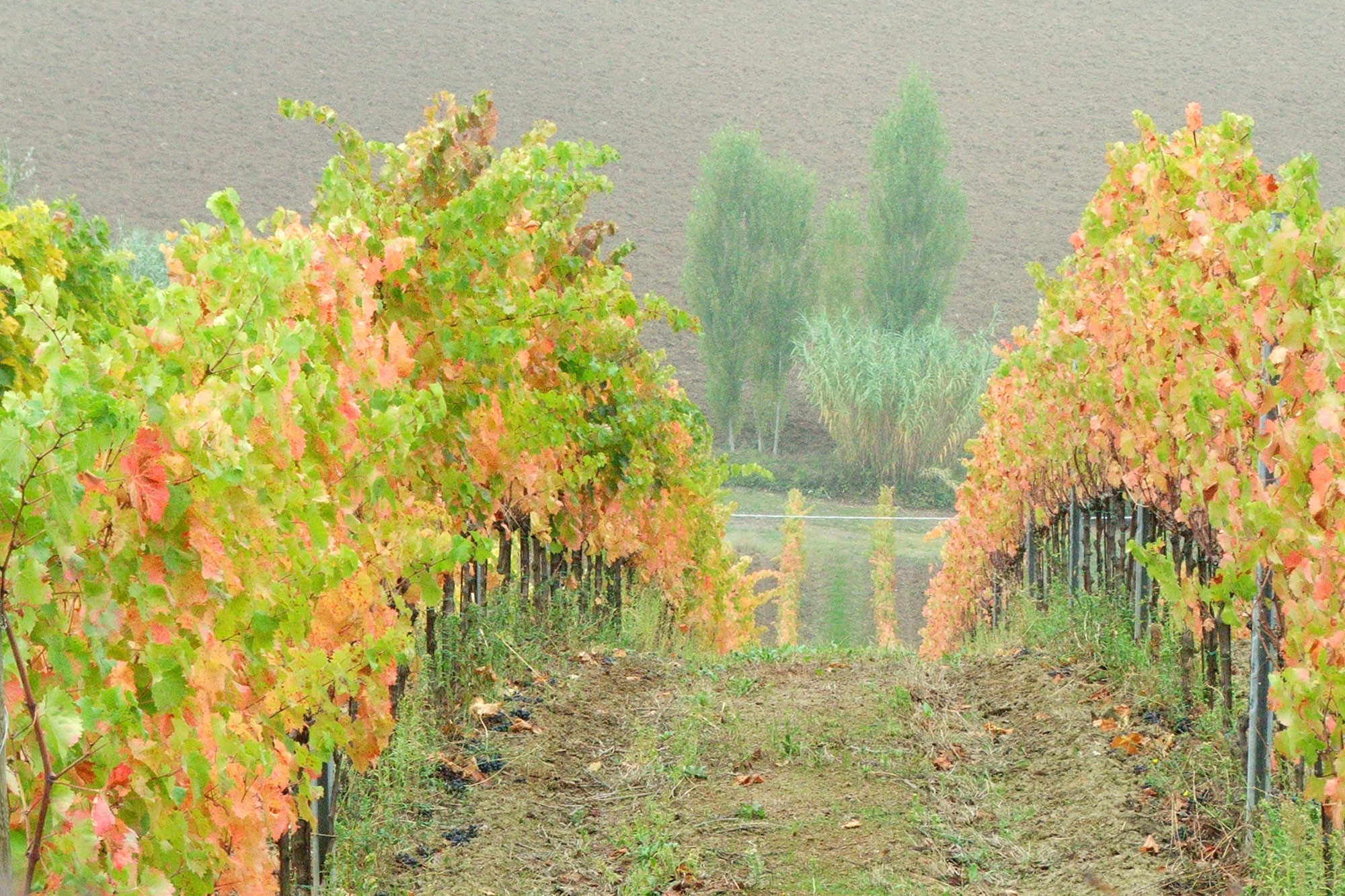 A legend, reported by some chroniclers of the 1600s, tells that Alaric, king of the Goths, marching against Rome, through the Marche, in 410, refreshed his soldiers with Verdicchio to make them vigorous and daring in battle.

In some agricultural manuals of 1500 we read about Verdicchio “The wine of this grape is better than any other white. It has been confirmed for a long time, it is very clear, odoriferous, & fuaue ”.

The qualitative improvement of Verdicchio began about the mid-nineteenth century, with the process of making sparkling wine. With the progress of vine cultivation techniques  and the oenological sciences, also the wine produced in Montecarotto began a positive and unstoppable evolution.

Of a provincial wine exhibition of 1869, we read “The Campagnoli and Wallisch of Senigallia were exhibitors of an assortment of white and red wines, which for their production, acquired the suffrages of the whole Giurj. Clarity, colour and aroma, nothing was missing to make them esteemed. Even the bottling, in every part, similar to that of France, is also worth satisfying the eye. Among their most commendable wines are: the red San Giovese di Montecarotto 1867, the aleatico idem, the Verdea di Montecarotto 1866-68 “.

The name “Verdea” was synonymous with Verdicchio. 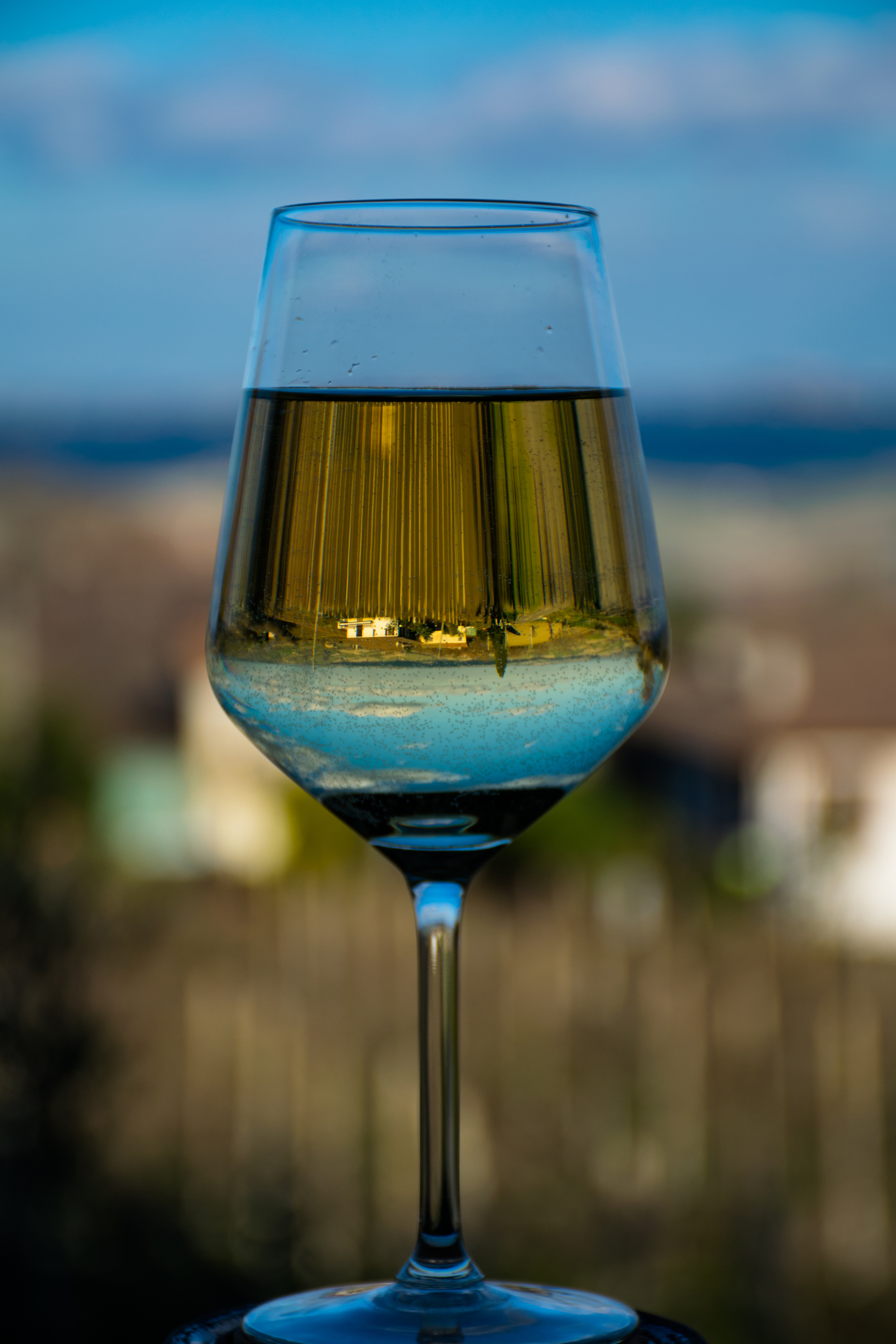 Also in the official documents of the Universal Exposition of Vienna of 1873, we find mention of the Campagnoli-Wallisch winery of Senigallia which presented different vintages of wines, including: “Montecarotto” 1867, “Montecarotto dry white” 1863,1868. These wines, as the name implies, were produced by grapes from our country and in fact Mr. Campagnoli was a landowner with land properties in Montecarotto. In those same years, Dr. Tito Mei from Montecatini, chemist and pharmacist, was the contact person for the Provincial Ampelographic Commission of Ancona, established in 1871 for the study, identification and classification of vines.

Many other families, not limited to Montecarotto, during the 1900s, then contributed to the enhancement of the local Verdicchio wine by gradually applying the best winemaking techniques, including Bucci, Castellucci, Garofoli and Sartarelli which have successfully reached our days.

In the 1960s, the “Cooperative Cellar of Verdicchio Producers” was born in Montecarotto, which greatly contributed to the development of the cultivation of the vine and to the qualitative increase of Verdicchio wine. Many small farmers, who became partners, dedicated themselves to the cultivation of Verdicchio in the vineyard, abandoning the previous tree-lining technique, where the rows were spaced ten meters apart and the vines were supported by field maples.

Also in those years (1968) the “Verdicchio dei Castelli di Jesi” obtained the DOC designation followed in 2010 by the DOCG for the Riserva and classic Riserva version.

The Cooperative Winery has evolved over time and today goes by the name of “Terre Cortesi Moncaro” it is the largest winery in the Marche and has received numerous international quality awards for its wines and especially for Verdicchio. Following the success of this white wine, other smaller wineries have sprung up (Fattoria San Lorenzo, Cantina Sabbionare, Cantina Col di Corte), equally oriented towards the highest quality in the vineyard and in the cellar. These smaller wineries are now obtaining great appreciation from consumers and contribute notably to the economy and to the visibility of Montecarotto in the world.

VERDICCHIO PRODUCERS
We use cookies to ensure that we give you the best experience on our website. ACCEPTCookie settingsFor more information
»