In 2008, the volume that gathers the efforts of historical research that converged in a conference on the organ makers of Montecarotto was drafted and published: “Organ builders of Montecarotto from the sixteenth to the nineteenth century”. 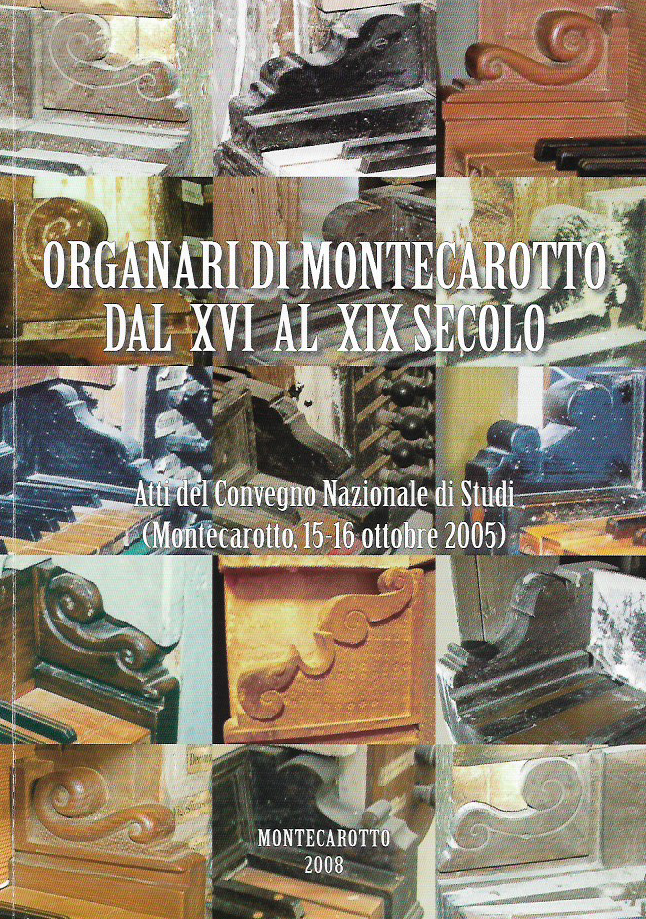 Until the early 2000s, despite knowing of the existence of an organ building school in Montecarotto, probably underestimating its importance, there were no studies that had deepened its history. With the incentivisation of the parish priest Don Gianni Polita, whose seminary professor had suggested they delve more into the charming story of the great  value of the Montecarotto organ makers, and also thanks to the interest of experts in the sector, historical and documentary researches  began on the art of organ craftmanship in Montecarotto. The path culminated in a conference held at the Municipal Theatre of Montecarotto on October 15-16th, 2005 and with the subsequent publication in 2008 of the proceedings of this conference.

In the presentation of the book

“[…] The emotion in listening to the music of an organ” manufactured “by organ makers from Montecarotto will make the attentive citizen feel proud of their Municipality, stronger with its cultural identity as a person who rediscovers the passions of its ancestors even in the recovered history of these musical instruments and their makers. In this case, the objects of the past have been transformed into sources of research because the objects themselves, overcoming their functional dimension, have over time been enriched with the values ​​that  humans have been able to bestow on them, distinguishing them from many and making them unique and precious. The Proceedings of the Conference bear witness to this awareness, which is transformed into a responsibility towards time and the story that everyone is given to live […] ».